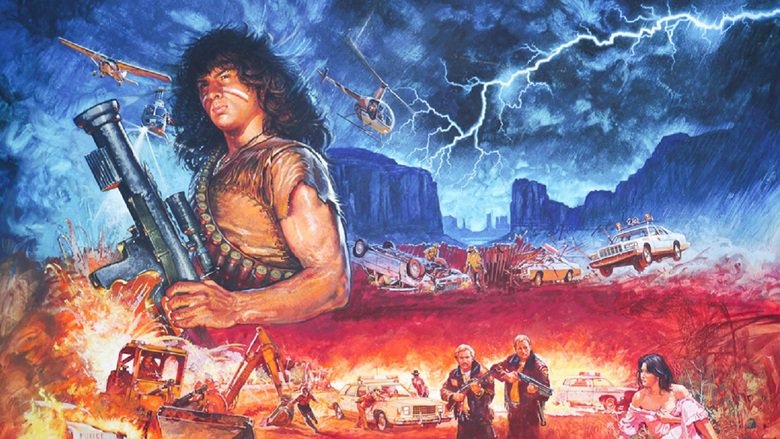 The Thunder Warrior trilogy has always been a bit of a guilty pleasure for me; it’s essentially one of the many Rambo knock-offs that came out in the 80’s but I liked it because our hero was supposed to be Native American.

I say “supposed” because the dude who played him (Mark Gregory) was actually Italian.

In fact if someone decided they wanted to remake this entire trilogy with a modern twist and have an actual Native American actor as the lead then they’d may be on to something.

Until such a time though I would love to see the Thunder Warrior trilogy get remastered and released on Blu-ray.

If you haven’t seen them yet Thunder Warrior tells the tale of a “Native American” named Thunder who returns home only to find that his ancestral burial ground is being destroyed by construction workers. He tries to put a stop to it, but the law is not only not on his side, but he is banished from town, beaten up, and left for dead. Now he wants his revenge…

We’ve already had Bronx Warriors, Escape from The Bronx and many more of these obscure kinds of movies released courtesy of the excellent Blue Underground, Olive Media and Shout! Factory so hopefully one of these companies will take heed and get to work on giving us the shiny upgrades the Thunder Warrior movies require.