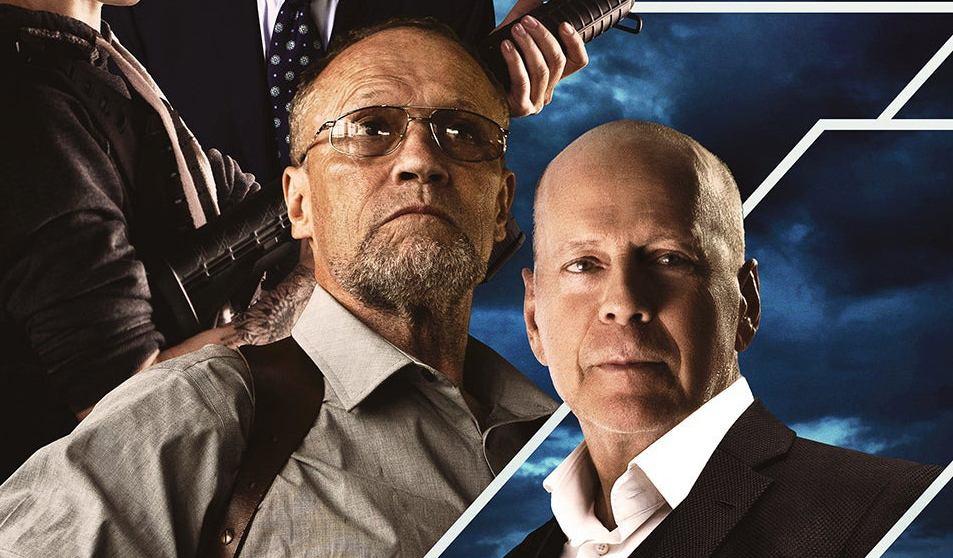 White Elephant is the most squibtastic film of the year with a satisfying finale and a massive bodycount; the characters aren’t especially exciting and the first half is a little slow but it’s still a fun ride and Michael Rooker is impossibly cool as always.

Plot: When an assassination attempt is witnessed by two cops, Gabriel Tancredi, an ex-marine turned mob enforcer (Michael Rooker), is ordered by his ruthless mob boss (Bruce Willis) to eliminate any and all threats. With an eager underling out to prove himself, rival gangs making moves and a rising body count, every step Tancredi makes threatens lives…including his own.

Review: Jesse Johnson is one of my favourite action movie directors working today; you can always expect a high bodycount and violent action scenes and White Elephant delivers on those fronts. It’s got a winning cast including Michael Rooker, John Malkovich, Olga Kurylenko and Bruce Willis however, the only thing that jars is that Bruce Willis is clearly dubbed at one point and it doesn’t sound anything like him but as we know of his health issues it was likely due to time constraints. It’s also hard not to smile whenever he picks up a machine gun and starts gunning down assailants… even if he is a villain.

The first half of the film isn’t especially exciting but the last 30 minutes more than makes up for it with the most squibtastic finale of the year. I love how Jesse Johnson still uses real squibs as they look so much better than the CG blood we get in the majority of movies these days. Johnson is clearly influenced by classic directors like Leone and Peckinpah giving us a brutally satisfying, bullet-riddled showdown.

I didn’t especially care about any of the characters but Michael Rooker never phones in a performance making even the most generic of characters interesting. Olga Kurylenko has made quite the name for herself over the years as a new action star and she seems to not be afraid to get her hands dirty doing a lot of her own stunts. John Malkovich is really more of an extended cameo but he also never disappoints when he is on screen.

The film has a few fight scenes, shoot-outs and an explosion and it all looks to be done practically but I would love for someone to give Johnson a decent budget to work on as I think he could create something really special.

Sean Murray provides a catchy score with a main theme that sticks in your head which is a rare find indeed these days and it works well for this modern western tale.

Overall, White Elephant isn’t quite up there with the likes of Avengement but Jesse Johnson knows how to shoot an action scene and we get so many glorious squibs in the finale that it makes up for any of the film’s other shortcomings.