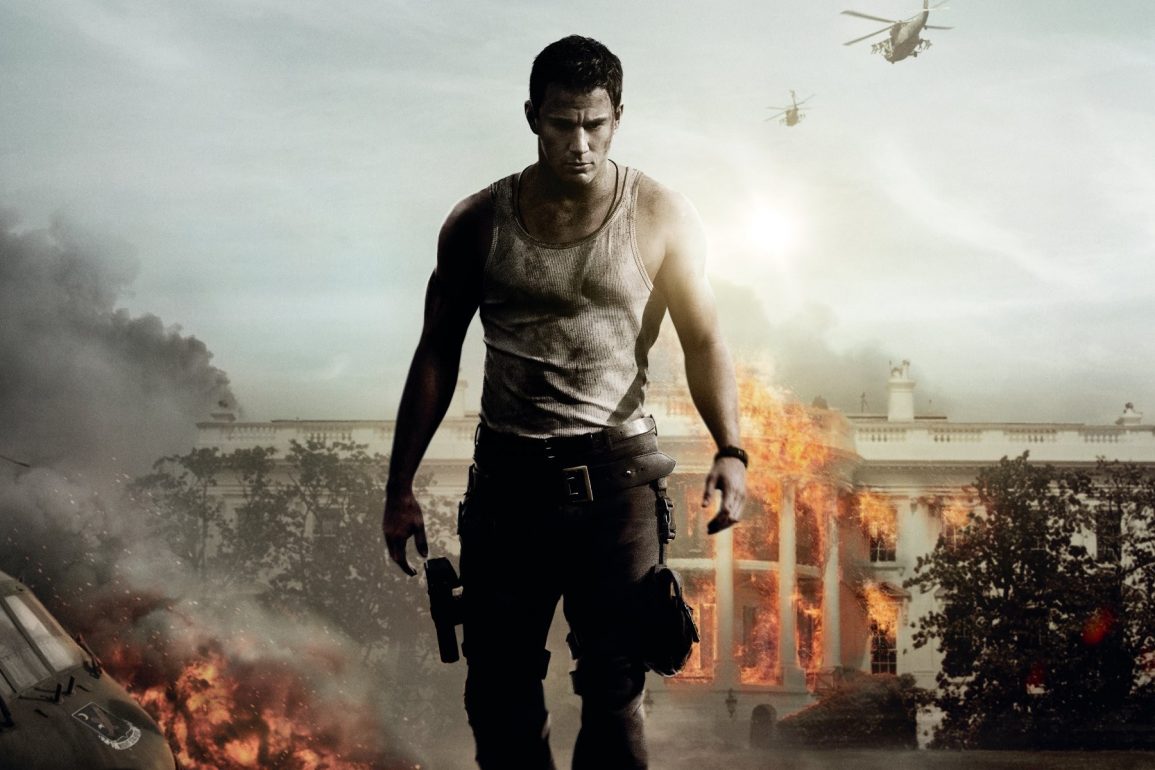 White House Down has some entertaining moments and a few laughs with a scene stealing performance from James Woods. I just couldn’t shake off the feeling that I’d seen it all done better a few months ago.

Plot: While on a tour of the White House with his young daughter, a Capitol policeman springs into action to save his child and protect the president from a heavily armed group of paramilitary invaders.

Review: So I finally got around to seeing this movie and every moment I couldn’t help feeling that I’d seen it already; oh wait, I did when it was called Olympus Has Fallen. This is easily the inferior movie but it’s not without its moments.

There is some decent action in it and tonally it’s very different. Where Olympus was a serious movie with some fantastically brutal violence, this is the PG-13 version which is nearly a comedy. That is also arguably its biggest flaw though as there is humour when there probably shouldn’t be.

It also has one of the most annoying children I’ve seen on screen for a while; there’s a scene where the 11 year old girl has a gun to her head and is acting all tough which was more unrealistic than the CGI. She would be filling her pants if it happened and really didn’t feel right at all. She was such a smart ass that I was on the bad guy’s side. Children shouldn’t be allowed in movies… ever.

Channing Tatum proves he is a decent action hero, although he lacks the natural tough look of Gerard Butler who was more convincing in the role.

This movie does boast James Woods though who, even if playing a good guy can come across as scary; there’s something about him where he just constantly emanates rage. He’s essentially the main villain of the piece and is easily the highlight of the movie.

Jamie Foxx is essentially playing an idealised version of Obama with his Nicorette gum and a wife that looks remarkably like Michelle Obama. He definitely feels like a movie version of a President though which are always far more interesting than in real life. I’m not a huge fan of Foxx and this movie hasn’t exactly brought me around to him but he was OK.

It feels very long and at just over 2 hours, it could have done with a bit of editing.

The music was decent enough although pretty forgettable; there have been plenty of decent scores this year with theme tunes but this isn’t one of them. It does the job though.

Like Olympus, this movie is let down by some bad CG; this actually has worse but also the action in this movie is just less intense. In Olympus when they first invade the White House and have the shoot out in the street, that remains my favourite action scene of the year. There really wasn’t anything to match that in this movie.

Overall, White House Down has some entertaining moments and a few laughs with a scene stealing performance from James Woods. I just couldn’t shake off the feeling that I’d seen it all done better a few months ago.