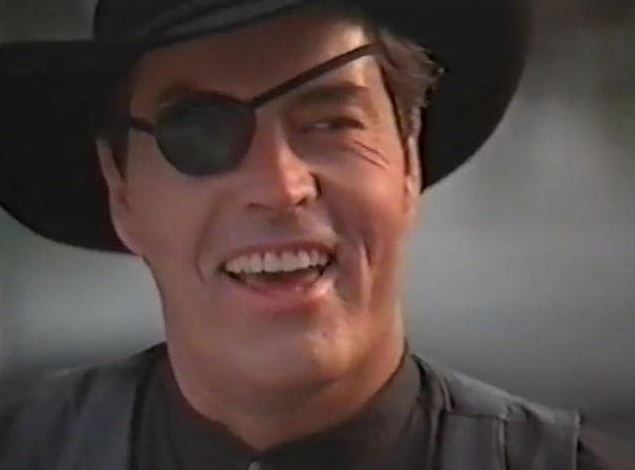 Worth a one time watch

Wild Card features Powers Boothe with an eye patch which is really all you should need to know about this movie; although it’s made for television it has an intriguing story, decent cast and a few enjoyable action scenes to keep things moving.

Plot: A former preacher, now a professional gambler, heads down New Mexico way to visit an old buddy, only for him to be killed. It is not long before the Preacher is uncovering a hotbed of corruption and murder in the seemingly peaceful town, aptly named Farewell.

Review: Powers Boothe stars in this forgotten made for TV gem where he sports an eye patch and plays a man known as Preacher; he comes to a small town at the behest of his friend and soon finds out that the town is filled with corruption where Preacher doesn’t know who he can trust.

At an hour and 22 minutes Wild Card is well paced with a story that engages and a few lowkey but entertaining action scenes; when in a fair fight Preacher can handle himself but in the town of Farewell he may have met his match with corrupt cops and disgruntled locals. We also get a few shoot-outs but nothing spectacular as this is a TV movie after all.

The character of Preacher is played to perfection by Boothe who gives him the right amount of swagger while also showing a man who has lost his faith and trying to find his way back to God. He has some nice dialogue too with lines like “I believe in God, we’re just not speaking right now”. The best scene is near the end when one of the bad guys is about to die and wants to repent his sins and Preacher struggles to do it but knows he has to which was an interesting touch.

The performances are all decent and the score features some twanging guitars which work well with the dusty roads and desert locales.

It isn’t anything new or especially exciting but there are some decent twists making for an easy watch.

Overall, Wild Card is one of Powers Boothe more underappreciated performances and although it is a TV movie it has some decent action and an impressive cast making it worth checking out.