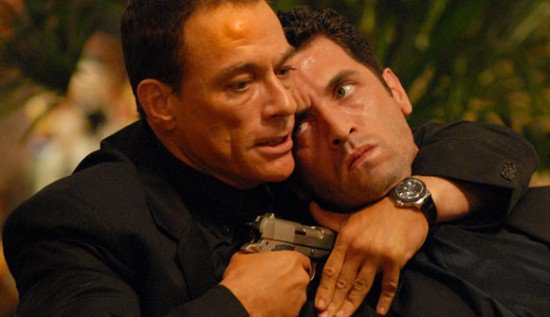 Will We Ever See JCVD’s The Eagle Path AKA Full Love?

This Jean-Claude Van Damme movie has been a labour of love of his for quite some time but I’m beginning to wonder if we’ll ever actually see it.

I remember writing about it a couple of years ago and it has gone through several titles since then including The Eagle Path, Full Love and Soldiers. In fact, I think it might be back to Full Love again but I’m not sure.

In case you don’t already know The Eagle Path/Full Love is an action drama written, produced, edited, and directed by Jean-Claude Van Damme himself.

Some new footage was released earlier this year and we were all expecting a release date soon… then nothing.

Here is the footage below:

The last I heard, the plot was as follows: Military veteran and former mercenary, FRENCHY (Van Damme) works as a taxi driver, and hiding in Bangkok, picks up a beautiful female passenger who will change his life forever. When he embarks on a journey to save her he has the fight of his life.

In 2011 JCVD talked with Black Belt Magazine about the film:

“I put my own money into The Eagle Path—it’s a very personal project for a number of reasons, not just because [of that] or because my son Kristopher and my daughter Bianca are in the movie. It’s a story I wanted to tell for a long time. When I’d talked about making the film before, people told me they liked the idea but then suggested changing so many elements that it would no longer have been the movie I wanted to make. After JCVD, I knew I wanted to do something that was a little different, and I thought it was time to do this project. So I decided to put up the money myself and shoot the movie I wanted to make.

I used a lot of new actors, and I gave them the chance to improvise, to breathe life into their characters. We had a cast that was all working together for the same goal. It’s a hard film to talk about without giving too much away, and I am interested to see how people respond to the project and the performances.”

It sounds fascinating and I am more anxious than ever to finally see this movie.

Still no word on an official release date but Jean-Claude, if you read this, call me and spill the beans!