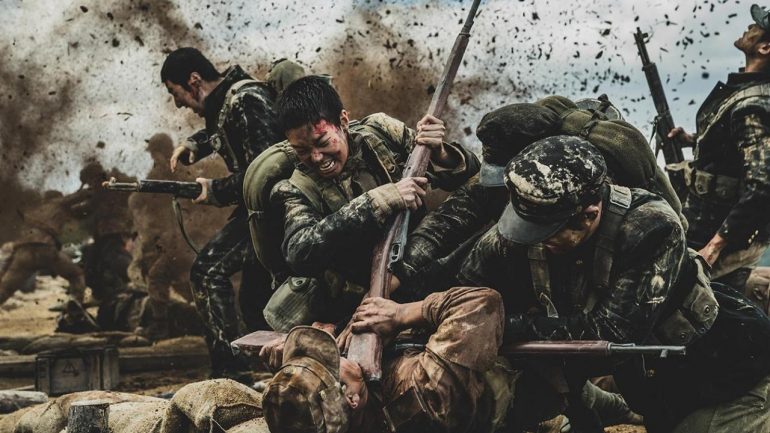 Win a Blu-ray of Battle of Jangsari

The good folks at Well Go USA have once again provided us with a few Blu-rays to giveaway; today we have a few copies of Battle of Jangsari which stars Megan Fox, George Eads and Kim Myung-Min.

To be in with a chance of wining just put your name and address in the contact form below with the movie title in the subject line. Winners will be notified via email by Friday, January 24th. North American entries only, please. Good luck!

Based on a true story; starring Megan Fox, George Eads, Kim Myung-Min, and Minho Choi. At a critical point in the Korean War, American General Douglas MacArthur must attack and secure Inchon. In order to do so, the South Korean army must send a small, inexperienced battalion of student soldiers as a diversion. With little ammunition, low food supplies and second-hand weapons, the soldiers head for the frontlines of Jangsari beach.