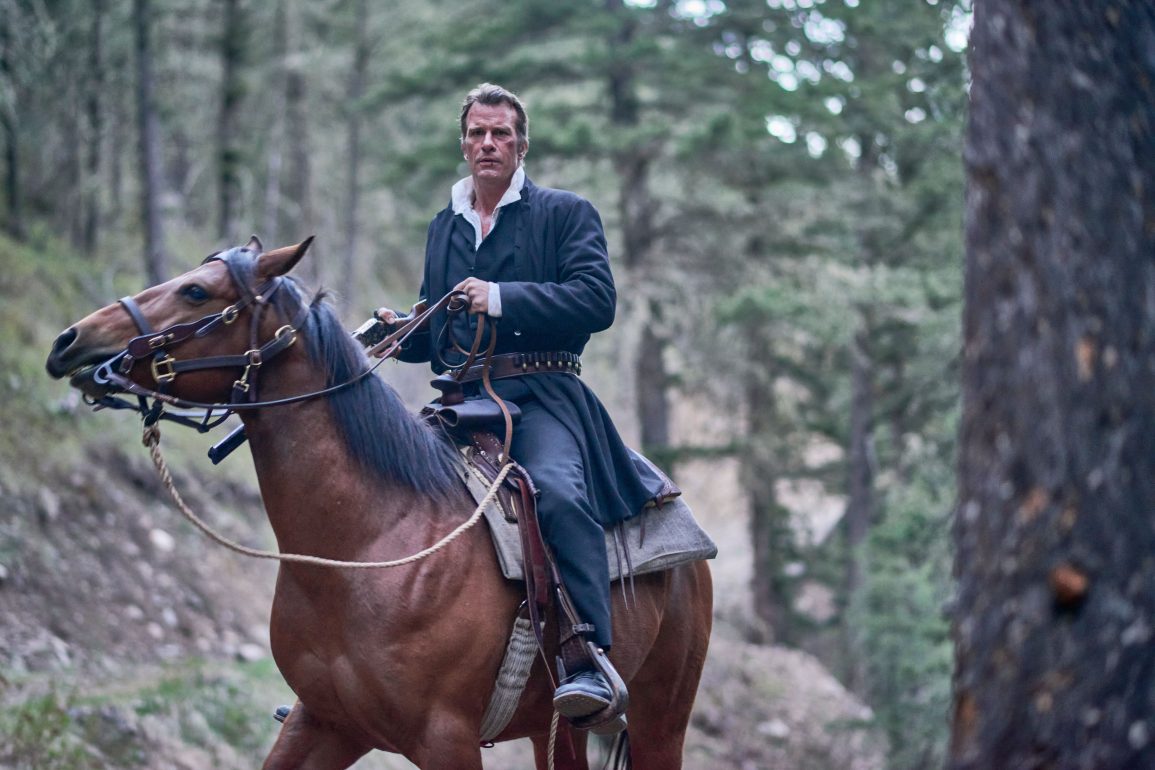 Win a Blu-ray of Murder at Yellowstone City

RLJE Films, a business unit of AMC Networks, will release the western film, MURDER AT YELLOWSTONE CITY, on DVD and Blu-ray August 23, 2022.

MURDER AT YELLOWSTONE CITY is directed by Richard Gray (Robert The Bruce, The Lookalike) and written by Eric Belgau (Robert The Bruce). The film stars Gabriel Byrne (Hereditary, The Usual Suspects), Thomas Jane (The Expanse, “Hung,” Boogie Nights), Isaiah Mustafa (It Chapter Two, “Shadowhunters”), Anna Camp (Pitch Perfect franchise, “True Blood”), Aimee Garcia (“Woke,” “Lucifer,” “Dexter”), Emma Kenney (“The Conners,” “Shameless”), Zach McGowan (“Agents of S.H.I.E.L.D.,” “Black Sails”) with Nat Wolff (The Fault In Our Stars, “The Stand”), and Richard Dreyfuss (Jaws, Mr. Holland’s Opus). MURDER AT YELLOWSTONE CITY will be available on DVD for an SRP of $29.96 and on Blu-ray for an SRP of $29.97.

In MURDER AT YELLOWSTONE CITY, the once peaceful and booming Yellowstone City has fallen on hard times, but when a local prospector strikes gold, things seem to be turning around.  Any hope is soon shattered when the prospector is found dead and the Sheriff quickly arrests a mysterious newcomer. But nothing is so simple in this sleepy western town, and more than a few of the locals have secrets to keep and reasons to kill. As the brutal murders continue, pitting neighbor against neighbor, Yellowstone City goes down a bloody path to a final showdown that not all will survive.

We have a few Blu-ray copies of the film to give away so all you have to do is submit your full name and address in the contact form below and winners will be notified via email.