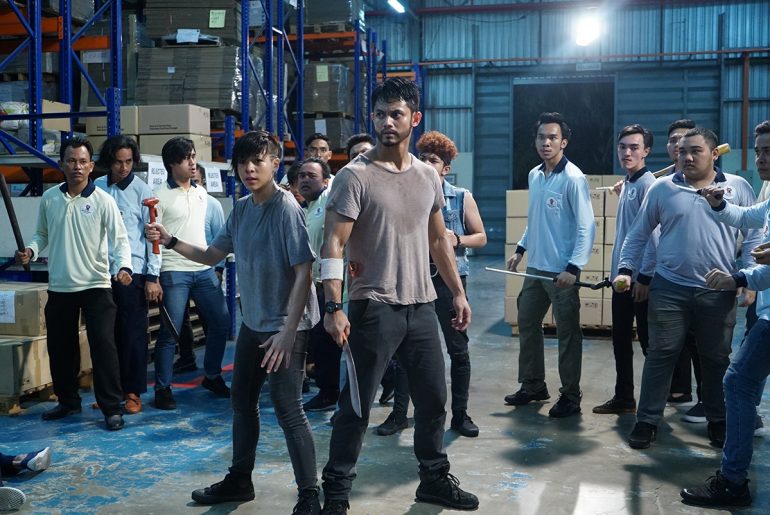 Wira is one of the best action movies of the year with sympathetic protagonists, a genuinely engaging story and no shortage of fight scenes. It may lack the graphic violence of The Raid but it’s hardly a Disney movie.

Plot: After a long stint in the army, an ex-lieutenant returns home and enters an underground MMA match to take on a local mobster and protect his family.

Review: Wira had slipped under my radar until a buddy of mine mentioned it last night and I’m glad he did as it came out of nowhere to become one of the best action movies of the year.

Some of the complaints I’ve heard about The Raid movies is that as incredible as the fight scenes are there is no real heart to them which is a valid criticism however, Wira doesn’t have that problem with characters we care about and a nice family dynamic to provide us with some drama in-between the bone-crunching action.

This isn’t as graphically violent as The Raid or The Night Comes for Us and it’s strangely lacking in blood considering the amount of fighting there is but there is enough to keep action fans satiated and the choreography is as impressive as you’d expect.

Speaking of The Raid Yahan Ruhian shows up as the usual henchman and he is sort of becoming the modern equivalent of Bolo Yeung who wouldn’t say much but has an intimidating presence and could destroy you in seconds. Ruhian doesn’t get much to do until the final fight which is as you can imagine rather epic even if it does go on for too long. I find sometimes with these modern martial arts movies that a lot of the fight scenes drag on a little so you do lose interest no matter how good the choreography is.

Hairul Azreen (Paskal) is making a name for himself as the new martial arts hero on the block and he’s immediately appealing as Hassan, a former lieutenant in the military who has come home to help his sister and father out of a debt they owe local crimelord Raja (Dain Said).  As with any villain solving a debt is never easy and Hassan ends up teaming up with his sister to take down Raja and restore freedom to their town.

Fify Azmi plays Hassan’s sister Zain and she’s as tough as nails with fighting skills only matched by her attitude. Watching both of them take on the bad guys is endlessly entertaining, and their bickering is believable as siblings, but you also know that they love each other and family is everything to them.

Wira looks fantastic with well lit fight scenes and great camera work which let’s us see all the action without losing a sense of style. I particularly liked the music score which just sounds big really adding to the already impressive action scenes.

Keep your eyes open during the scene when Zain and Hassan go to the factory at the end where they take on 4 goons with white shirts; if you look at the floor you’ll see it’s actually a mat as it creases when they move… oops.

There is apparently a connection with the movie Paskal which I haven’t seen yet but I feel I need to watch ASAP.

Overall, Wira is on Netflix now so if you’re looking for some kick-ass action with sympathetic characters and a high bodycount then it’s definitely worth checking out.