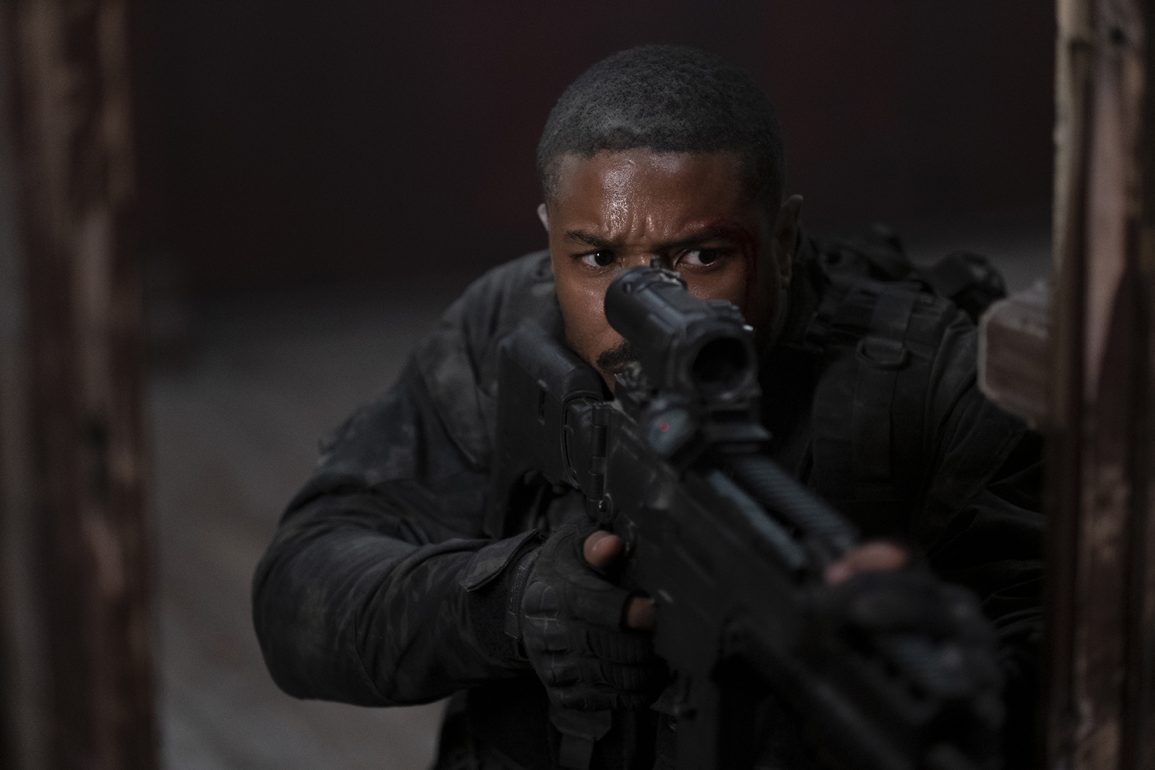 Without Remorse is a massively enjoyable entry into the world of Tom Clancy with Michael B. Jordan proving he has the chops to be a believable action star. It has regular impressive set-pieces and moves at a mostly relentless pace. The supporting cast don’t get much to work with but maybe we can get more from them in future entries.

Plot: Seeking justice for the murder of his pregnant wife, an elite Navy SEAL uncovers a covert plot that threatens to engulf the United States and Russia in an all-out war.

Review: I’ve never read any of Tom Clancy’s novels before so forgive me for not being totally up to speed with characters and lore; I am however, familiar with the Jack Ryan Television series on Amazon Prime and the previous movies.

In Without Remorse Michael B. Jordan stars as John Kelly, a Navy SEAL who goes on a path to avenge his wife’s murder only to find himself inside of a larger conspiracy. John Kelly (or Clark as he will come to be known) has appeared before with Willem Defoe portraying him in Clear and Present Danger and Liev Schreiber playing him in The Sum of All Fears. It’s unclear at this point if this movie takes place in the same universe as the Amazon Prime Jack Ryan series but I have a feeling it might connect down the line.

Without Remorse isn’t as cerebral as some Tom Clancy tales of the past going more for wall-to-wall action which we’re quite happy about on this site. It is mostly a straightforward revenge tale but there are a few twists throughout even if it’s pretty obvious early on who the main villain is…

Michael B. Jordan is immediately relatable as Kelly who is at his core a loyal and good man; he looks believable in the action scenes and even has some hand-to-hand combat. Jordan has a brooding intensity that works when he needs to be tough but can also come across as a family man so when that is taken from him we are on his side all the way.

The action is well shot giving us plenty of gritty kills and a high bodycount; it never quite matches the ambush scene from Clear and Present Danger but it’s still impressive. It’s hard to pick a highlight but the climactic gunfight with a sniper is stunning as is the scene from the trailers where Kelly interrogates someone in a burning car.

I barely noticed the score which was in the background but the music at the end credits was quite awesome.

The acting is first rate all around with Jamie Bell making for a more interesting character than we first think but it’s Kelly’s ally Karen Greer (Jodie Turner-Smith) who I really took to as she was sympathetic to Kelly’s situation but also not sure if he is the right man for the job. I could watch Guy Pearce read the phonebook and it would be engaging; he is one of my favourite actors working today and he’s as magnetic as always. Some of the supporting cast aren’t given much in terms of characterization but perhaps if this ended up getting a series or more movies we might get to know them a bit better.

Overall, Without Remorse is a solid first entry into the world of Tom Clancy for Michael B. Jordan and I would like to see him return for further adventures in the future which seems likely. The pacing rarely lets up giving us an action packed (if slightly predictable) thrill ride.