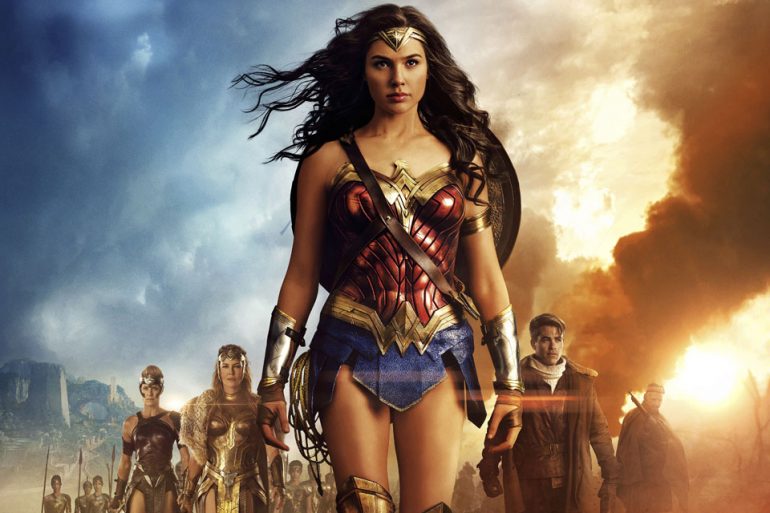 Look at some of the most inspiring characters in television and film right now – they’re women. This shouldn’t be remarkable, but it is, because they’ve so commonly been ignored in the media. Sadly, there’s a long way to go. Most dialogue in films is still dominated by men, which means that women literally aren’t being granted a fair voice. But things are changing, and some of the biggest icons are now female characters.

June 2017 saw the Wonder Woman movie released, starring a woman – Gal Galdot – as the title superhero for the first time. The movie has done amazingly well in terms of box office success, which means that many more female superheroes should hopefully follow suit. Zendaya is tipped to make waves in the next Spiderman movie, while Jessica Jones is a hit on Netflix – so there’s definitely more positive examples of representation shining clearly through.

Of course, it’s not just superhero and comic book films which have typically been male dominated. Science-fiction has been guilty of this, but this could also be about to change. In the UK, Doctor Who recently stunned fans with its revelation that Josie Whittaker – gasp, not a man – will be trying her hand at the title role. Sadly, many people have reacted negatively to this news, but true fans know that the character always regenerates, so this should be no surprise. And, if an alien who travels through space is somehow considered more realistic than the female gender, maybe we have other problems!

Do Female Characters Have Influence on Popular Culture?

Women have been influential in Hollywood for quite some time. Daring action hero Lara Croft of Tomb Raider has been inspiring women for years now, with Angelina Jolie’s character influencing everything from video games through to slots. In fact, even now, sixteen years after the movie came out, you’ll find a Tomb Raider game among the themed casino games at Spin Palace. It features her cartoon caricature and plenty of Lara Croft symbols, meaning that fans can immerse themselves in the action in an interactive way.

And who could forget the career of Emma Watson – she not only truly made Harry Potter’s victories over Voldemort possible, but she also manages to do Disney (Beauty and The Beast), and quirky flicks (Perks of Being A Wallflower). Young girls can choose whether to be a princess in a Disney dress, or a dark magic fighting witch in a Hogwarts uniform. This just shows how inspiring female characters can be, and so it’s fitting that she’s even managed to fit in being the UN Goodwill Ambassador for Women, off screen.

This is Important For a Reason

Representation matters. “If she can’t see it, she can’t be it”. An absence of female characters on screen can actually be detrimental to young girls growing up, who deserve to know that they can do everything boys can. Okay yes, in theory, women and men both can’t do things that superheroes and aliens can do. But they deserve to be believed (and disbelieved in) equally.