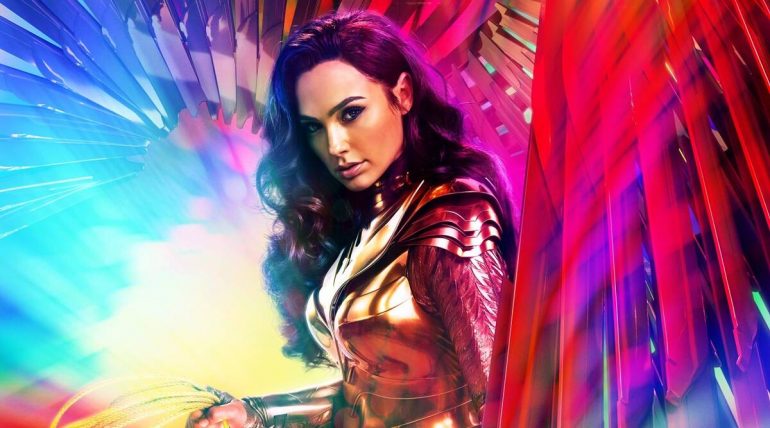 Wonder Woman 1984 is a rather tedious affair and far too long at 2 and a half hours; there are a couple of enjoyable set-pieces and both Kristin Wiig and Pedro Pascal never disappoint but it’s not a movie I would watch regularly.

Plot: Diana Prince lives quietly among mortals in the vibrant, sleek 1980s — an era of excess driven by the pursuit of having it all. Though she’s come into her full powers, she maintains a low profile by curating ancient artifacts, and only performing heroic acts incognito. But soon, Diana will have to muster all of her strength, wisdom and courage as she finds herself squaring off against Maxwell Lord and the Cheetah, a villainess who possesses superhuman strength and agility.

I never understood the hype for the 2017 Wonder Woman film with Gal Gadot; I thought she was wonderful but aside from the scene where she walks across No Man’s Land it was generally forgettable. It is however, a far superior movie to this bloated and frankly tedious sequel.

There is no reason for this movie to be 2 hours and 30 minutes long; filmmakers really need to learn restraint and get back into making movies that are less than 2 hours again. It would be fine if the story to Wonder Woman 1984 was actually engaging but it was predictable with very little in the way of action or surprises.

It starts off well and for the first 20 minutes there are some fun set-pieces with the opening showing young Diana back on Themiscira participating in some games which are essentially like a triathlon mixed with Quidditch. It was incredibly imaginative, and Hans Zimmer’s sublime score really elevated it. Then it cuts to 1984 with Diana saving some people in a shopping mall from armed robbers and although it was corny it felt like a throwback to the Christopher Reeve era of Superman with a genuine sense of old-fashioned heroism.

After that very little of interest happens for about an hour or so; we are introduced to Barbara (Kristin Wiig) who has spent her life being ignored by people despite being a kind, attractive and good-natured human being. She meets Diana Prince (Gal Gadot) who works in the same museum and the two bond despite Diana coming across as a little cold (and rude) at first. When Barbara discovers a stone that can grant wishes she wants to be just like Diana, and she begins to change… but not for the better.

The stone falls into the hands of desperate businessman Maxwell Lord (Pedro Pascal) who wants to become the success he has always wanted to be so his son wouldn’t see him as a “loser”. This makes us care for him more than we would expect so he starts off as an interesting antagonist but then descends into a cartoon villain by the end. Pascal is a great talent and Maxwell Lord is a world away from The Mandalorian, but his motivations become muddled and rather incoherent as it goes on.

Where Gal Gadot shone in Batman v Superman and Wonder Woman I found her as a character dull this time around where she spends a lot of the time feeling sorry for herself. When Steve reappears into her life it all seems too good to be true and she starts to investigate Maxwell Lord and the origins of the stone.

The cast all do the best with what they’re given and I particularly thought Kristin Wiig was the best thing about Wonder Woman 1984 and the way her character transforms was enjoyable but once again took far too long to get where it needed to.

The only memorable action sequence was the car chase in Egypt with Diana and Steve trying to reach Maxwell Lord but she struggles as she is losing her powers. Yes, it’s another second movie where the hero begins to lose their powers and they have to rediscover who they really are underneath… yawn.

There was a nice message about people needing to be less selfish and to generally show more kindness which is relevant for these trying times but it all kind of got lost in the overlong finale.

There were some odd choices too and one which was particularly bold happened towards the finale where people all around the world are making wishes and an Englishwoman wishes all the Irish “would go back to where they came from”; I know this was at the height of the troubles but it felt like it didn’t belong in a movie as nonsensical as this.

Hans Zimmer’s score is amazing at times but never introduces the electric guitar version of the Wonder Woman theme which was always the best thing about it. Hearing Beautiful Lie from Batman v Superman was a definite highlight however and was used perfectly.

Admittedly I am not the target audience for the movie as I think young girls will enjoy it far more than I did but this is not a movie I have any desire to sit through again.

Overall, Wonder Woman 1984 didn’t look great from the trailers so I had low expectations, but I wasn’t expecting it to be quite as boring and overlong as it was. It certainly has its moments with some solid performances, but the story was never all that interesting and it lacked any truly memorable action scenes.