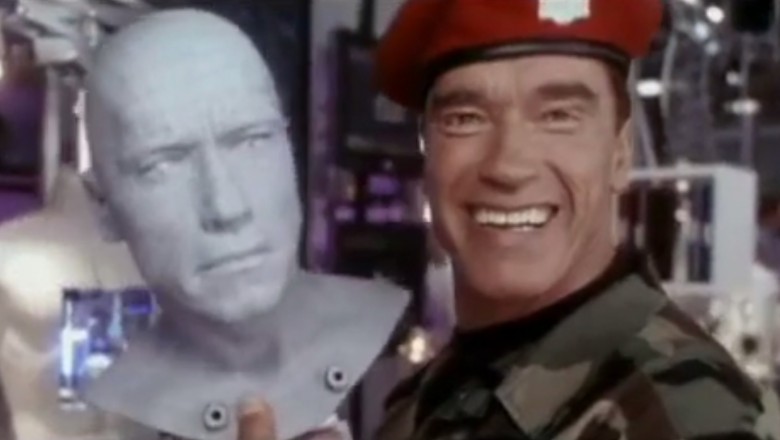 I forgot about this scene until it popped up on YouTube last night and after watching it I can say without a word of a lie that it was one of the worst ideas in Terminator history.

The scene I’m talking about of course is the Sergeant Candy deleted scene from Terminator 3: Rise of the Machines. I like the idea behind it that the machines were based on a human subject but the execution is horrendous and once again went far too much into parody which is a million miles way from the nihilistic and desperate tone of the original Terminator.

Thank God this never made it into the final movie as I don’t think the franchise could have recovered from it. I enjoy a funny moment like the next guy but not like this.