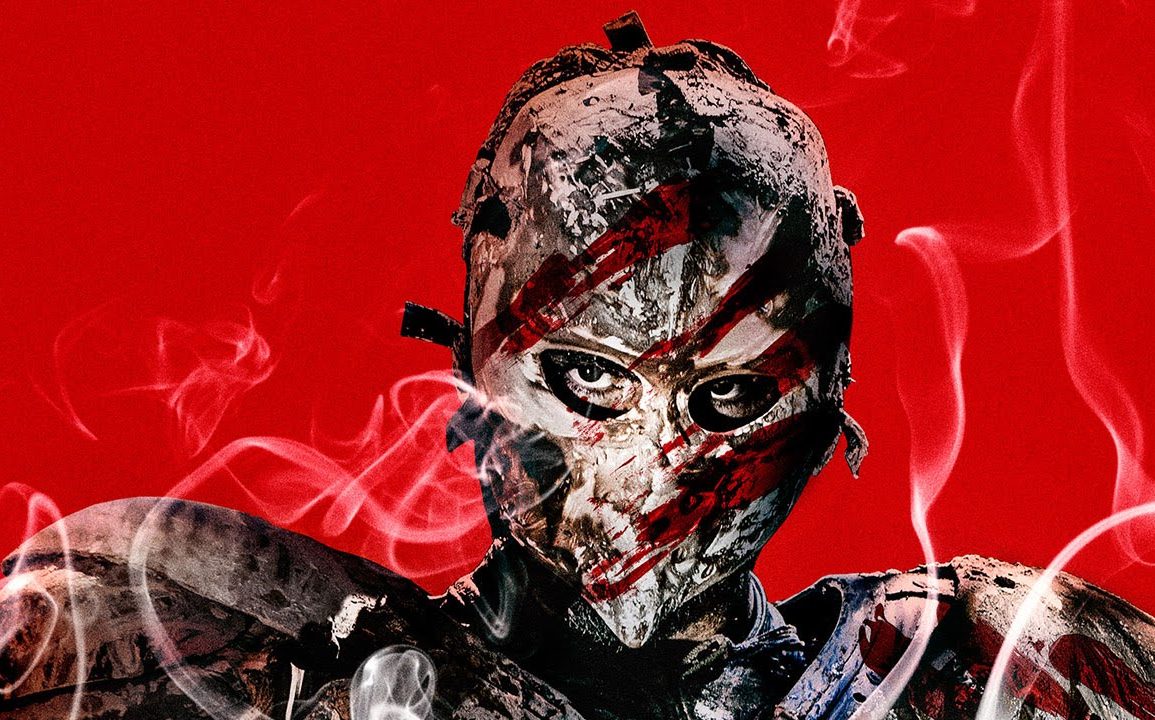 Wyrmwood: Road of the Dead is indeed Mad Max meets Dawn of the Dead with the perfect mixture of action and horror; it’s a shame about the CG blood effects and uneven tone but aside from that I thought it was a riot.

Plot: A survivor (Jay Gallagher) of a zombie plague prepares to slash his way through a horde of sinister soldiers and ravenous monsters to rescue his kidnapped sister (Bianca Bradey).

Review: Wyrmwood: Road of the Dead is one of the craziest and most entertaining movies I’ve seen all year; it doesn’t let up for a second and is a blood-drenched assault on the senses.

The first 20 minutes are a visceral nightmare as we focus on a few individuals who rapidly discover that zombies are real; they have to kill family and friends in order to survive so as you can imagine it is a complete splatterfest.

Sadly most of the blood and gore is CG which takes away a little of the impact of the violence but then so does the rapid change in tone. Where it starts off as really rather terrifying (with the creepiest and noisiest zombies I’ve seen for a long time) it rapidly becomes a comedy and the tonal shift was quite jarring. Once you get used to that though the humour is pretty hilarious with Benny (Leon Burchill) stealing all of the best lines.

There are a few fist fights and some exploding heads thrown in for good measure and it’s also one of the fastest paced movies I’ve seen; the camera never sits still but we’re not talking shaky cam. It makes you feel involved with all of the action and by the end of the movie I was pretty exhausted.

It really takes you on a wild ride but is also open for a follow up.

Wyrmwood has a few interesting ideas which bring something new to the overdone zombie genre; the idea that the zombies could be controlled was nicely done and it’s also rather weird. The Doctor character was just bizarre and was arguably scarier than any of the zombies.

Bianca Bradley was awesome as Brooke and I think I see her becoming a bit of an ass-kicking icon of the genre. I also really liked Jay Gallagher as Barry; both were likeable leads who go through absolute Hell but seem to come out stronger after everything.

Overall, Wyrmwood: Road of the Dead is indeed Mad Max meets Dawn of the Dead with the perfect mixture of action and horror; it’s a shame about the CG blood effects and uneven tone but aside from that I thought it was a riot.