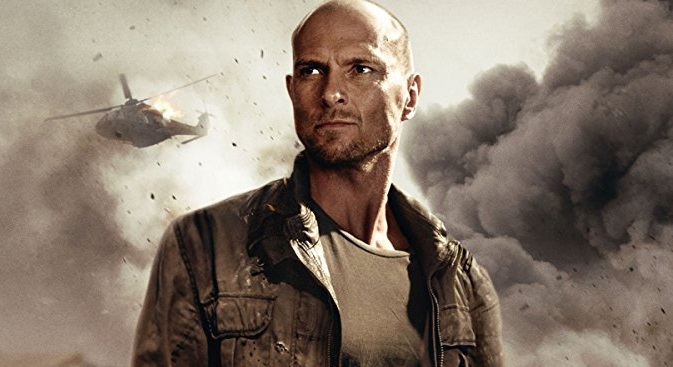 Your Move is a stylish directorial debut from Luke Goss but it lacks action with a plodding first half that should feel far more intense than it does.

Plot: A man must go to extreme lengths to discover what happened to his kidnapped wife and daughter.

Review: Your Move is the directorial debut of Luke Goss (Death Race 2 & 3) and he has thus far proven himself charismatic and a surprisingly believable action star so I was excited to finally check this out.

I picked the DVD up for a whopping 2 quid when I was in the UK a while back and finally sat down to watch the film. From the trailers Your Move looked like it would be an intense ride as Goss’ character David witnesses his wife and daughter being kidnapped while on a webcam chat. The trailer made it seem like edge of your seat stuff with some entertaining moments of casual brutality so did it live up to it?

Your Move is very stylish with some nice use of lighting giving it a surprisingly colourful atmosphere considering the gritty story. I enjoyed it for what it was but Your Move really lacked action and was rather slow for the first half with too much time spent on David investigating his wife and daughter’s disappearance. Kindly local cop Romero (Robert Davi in a rare good guy role) wants David to let the law handle the kidnapping but David gets impatient and won’t give up so he begins to hunt down the man responsible.

It could have been filled with tension and disturbing violence but it never got all that exciting and feels like a missed opportunity. I struggled to hear what people were saying a lot of the time and required subtitles for some of the dialogue which got frustrating too.

In the second half there are a few torture scenes with David finding the kidnapper and trying to discover the location of his missing family; but ultimately by the time the end credits role you’re thinking “ok… that was fine”.

Overall, as directorial debuts go Your Move showcases that Goss has an eye for visual flare similar to Tony Scott but it really lacked exciting action and wasn’t as tension-filled as it could have been.