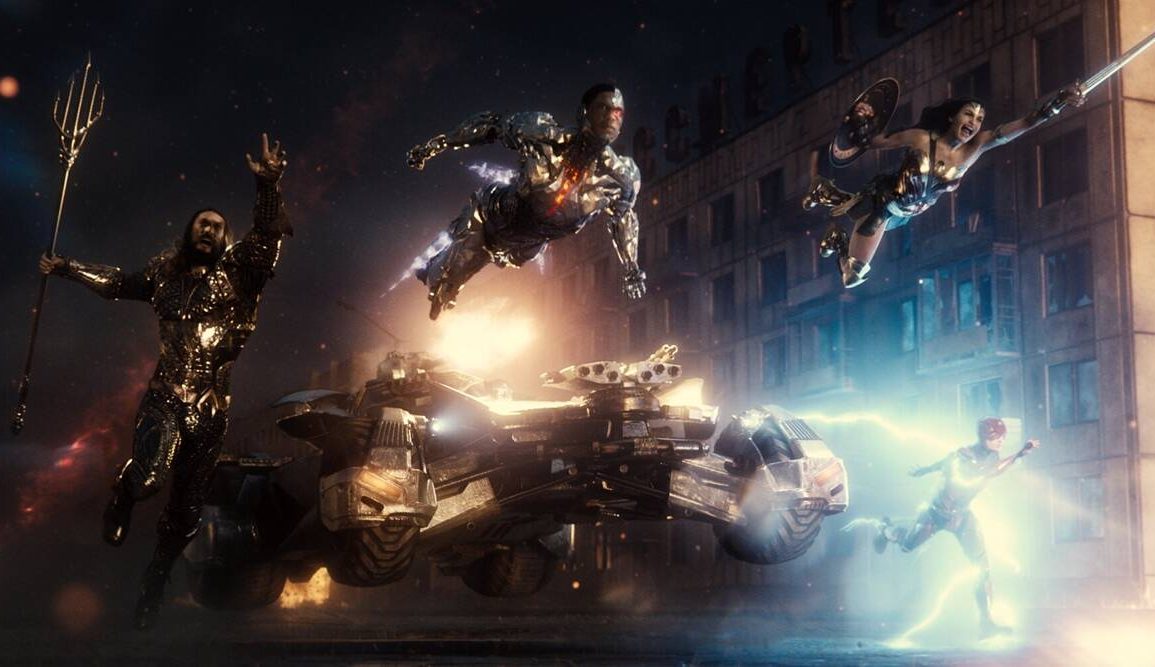 Zack Snyder’s Justice League is a huge improvement over the theatrical cut giving us better characterization, special effects and action scenes with Tom Holkenborg’s music score making it feel truly epic. It is far too long and I literally took the day off work to watch it but if you enjoyed Man of Steel and Batman V Superman then you’re going to love this… if you didn’t then… well, you probably won’t.

Plot: In Zack Snyder’s Justice League, determined to ensure Superman’s (Henry Cavill) ultimate sacrifice was not in vain, Bruce Wayne (Ben Affleck) aligns forces with Diana Prince (Gal Gadot) with plans to recruit a team of metahumans to protect the world from an approaching threat of catastrophic proportions. The task proves more difficult than Bruce imagined, as each of the recruits must face the demons of their own pasts to transcend that which has held them back, allowing them to come together, finally forming an unprecedented league of heroes. Now united, Batman (Affleck), Wonder Woman (Gadot), Aquaman (Jason Momoa), Cyborg (Ray Fisher), and The Flash (Ezra Miller) may be too late to save the planet from Steppenwolf, DeSaad, and Darkseid and their dreadful intentions.

Review: It’s no secret that the theatrical cut of Justice League was a bit of a mess; after tragedy struck Zack Snyder left the project and Avengers helmer Joss Whedon took over giving us a wildly uneven and half-finished looking film.

After years of nerds (like me) whining about releasing the Snyder Cut of the movie the day has finally come and Snyder’s vision has been brought to life.

I like Snyder’s darker version of the DCEU which is continued in this iteration of Justice League so if you hated Man of Steel and Batman V Superman then this likely won’t win you over however, there is still humour with Ezra Miller’s Barry Allen AKA The Flash providing most of the laughs but it is generally a more serious take. At times it is a little unintentionally funny with just how serious it takes itself but I’d be lying if I said this wasn’t genuinely epic.

A few sequences remain from the theatrical cut but for the most part this is a far different and better film; the characters are more fleshed out, especially Victor Stone AKA Cyborg (Ray Fisher) who almost steals the movie with his brooding intensity. All of this was missing from Whedon’s version, so it gives us some real backstory to get our teeth into as well as more meat to Barry Allen’s character. We finally get to see the scene of him rescuing Iris from a potentially nasty car accident which was only ever a deleted scene before.

Ben Affleck still looks the part as Bruce Wayne/Batman whereas in the theatrical version you could tell there had been reshoots and he looked like he didn’t want to be there. The scenes with him being a dick to Diana are no longer there which is a definite plus. Gal Gadot also gets more moments to shine as Diana who actually gets called Wonder Woman for the first time in this movie.

The biggest issue with Joss Whedon’s Justice League was Henry Cavill’s digitally removed mustache so you almost couldn’t concentrate on what else was happening as his mouth was so distracting any time he spoke. Thankfully all of that is gone and for the first few hours of Justice League Superman is nowhere to be seen but when he does appear it is worth the wait and it’s Kal-El at his heroic best.

I know I’ll get abuse for this (as I’ve been getting a lot recently) but one scene I actually liked from the theatrical cut was at the end with The Flash racing Superman to see who is faster as it felt straight out of the comics showing us the fun side of Superman that arguably the recent DCEU movies lacked. It wouldn’t have worked in this movie in terms of tone but it was one of the few things I liked about Whedon’s version.

Where the theatrical version fell apart was the introduction of some pointless family in the second half getting surrounded by poorly rendered CG vines but thankfully all of that is no more and now, we have Superman in the black suit (at last!) and the rest of the League battling Steppenwolf and his Parademons in spectacular fashion. We finally get to see Darkseid and although some of the CG still isn’t amazing it’s far superior to what we got, and I love how Steppenwolf’s armour is always moving like it’s alive. We also get to finally hear about the Anti-life which comic fans will know all about.

A new character is also introduced which has probably already been spoiled for most of you but I somehow managed to avoid hearing about it so it was an awesome surprise.

Zack Snyder’s Justice League is an arse numbing 4 hours in length which is far too long for nearly any movie and it has more endings than The Lord of the Rings but the new scenes with the Joker and Deathstroke are undoubtedly awesome and fans will eat up every second. I will do you a solid and let you know that there is no post credits scene so when the movie eventually ends, and the credits start to roll you can go to the bathroom in peace.

This is R rated so not really for younger kids which is odd as you’d think a film like this should appeal to families; mind you I was watching RoboCop and Terminator when I was a kid so there’s that…

In terms of other faults I think Snyder overuses slow motion in literally every scene and the movie would probably be 20 minutes shorter if it was trimmed here and there but it’s really only a minor quibble.

Tom Holkenborg (AKA Junkie XL) provides the new and improved score so we get exposed to Wonder Woman’s fantastic theme at regular intervals which has become one of my favourite superhero themes of recent times. The score has some huge choirs and electric guitars making every action sequence bigger in every way.

This is important but did anyone else notice when Lois was buying coffee in Metropolis near the beginning it was $10 for two coffees? 10 bucks for two coffees!! I thought Toronto was expensive; there better be bourbon in it or something.

Overall, Zack Snyder’s Justice League is a vast improvement over the theatrical cut feeling like an entirely new film; it has better visuals, more characterization and a truly epic scale that is incredibly ambitious. I know some don’t like Snyder’s style and I get that but I enjoy it and it’s too bad we likely won’t get to see the trilogy that was planned as it could have been a lot of fun. Now can everyone stop talking about the Snyder Cut so we can move on with our lives…