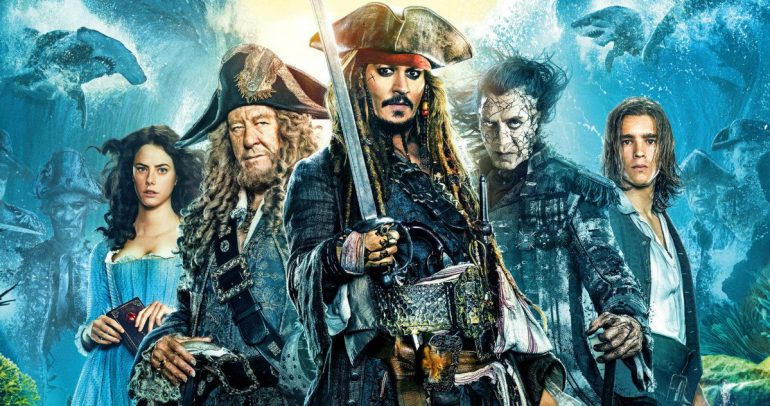 Johnny Depp has built a successful career around taking eccentric, but compelling, roles across a huge range of niches. While not every film has been a commercial success, he’s known for great performances that bring fans back time and again. Sometimes serious, sometimes heart-wrenching, and sometimes off-the-wall with humor, he’s a versatile actor with a fantastic body of work to explore. Which of his films are considered all-time greats? Here’s the Johnny Depp films viewers just like you voted the best of the best.

Made in the late 90s, this is an old film now, but it is one that still has audiences loving it. We see Johnny as a young FBI agent heading undercover as Donnie Brasco, the ‘Jewel Man’, to infiltrate the Bonanno crime family. This flick proved he had the acting chops to make it in a genre film instead of mere art house classics, and it also brings Al Pacino back to the screen. What’s not to love?

Pirates of the Caribbean Series

Ah, the iconic Disney series that brought Johnny back to true stardom. Playing quirky and loveable Jack Sparrow in a characterization heavily based on Rolling Stones icon Keith Richards, these comedic piratical romps are packed with great visuals, epic humor, jazzy SFX, and a little bit of something for the whole family. Interestingly, Disney execs were convinced the first film, based on the Disneyland ride, was going to be a flop, but instead it has become a beloved global franchise. It even earned Golden Globe and Oscar nominations, and Depp himself won a Best Actor award for his work.

In a role quite different to snazzy and laconic Jack Sparrow, we see Depp acting as caretaker to his ailing, incapacitated mother and developmentally-challenged younger brother. Did you know that this was one of Leonardo DiCaprio’s breakout roles? Their brotherly love and on-screen chemistry was a key part of making this movie a stand-out hit that speaks to all ages, and it simply has to be on any list of Depp’s best films.

Another radically different role, we see Depp as J.M Barrie, the author of the beloved childhood classic, Peter Pan. Instead of simply reinventing the tale for the big screen yet again, we instead focus on Barrie himself, and how he became the children’s author in the first place. It’s a quiet and nuanced role for Johnny, and one that netted him Oscar nominations and critical acclaim.

The nuance and depth Johnny brought to this quirky role was what launched his movie career and journey into stardom. It also got him his first Golden Globe nomination. Playing an artificially created man with scissors as hands, Edward was ‘birthed’ by ‘The Inventor’ (played by horror legend Vincent Price). The film is rich in typical Tim Burton elements, and launched a career packed with collaborations with the noted director. We empathize deeply with Edward and his first, tentative steps into true humanity, and it’s a deeply compelling performance that’s sweet, compassionate, and intriguing.

Of course, Johnny Depp has many more great hits in his body of work- which is your favorite? Be sure to let us know!