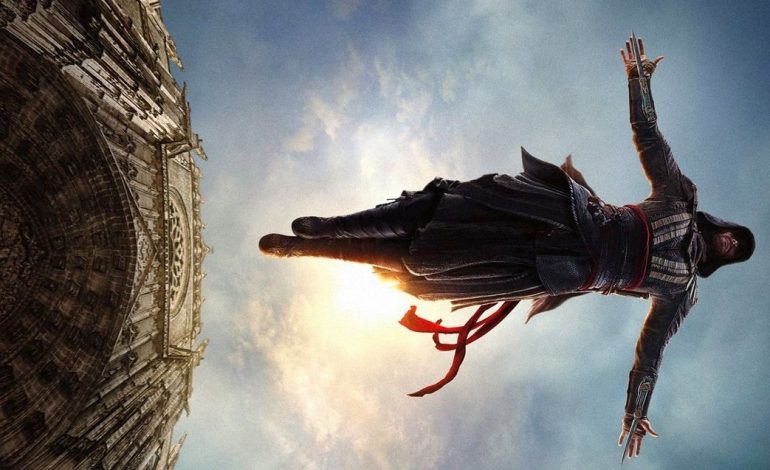 The practice of turning popular video games into movies is big business these days. With the video game industry now being worth more than Hollywood at a whopping $100 billion a year, studios have been keen to plunder what they can from the video game world in the hopes of churning out the next big blockbuster.

Unfortunately, many of the biggest action movies based on video games have turned out to be major disappointments. They have been critically-panned so often that even the phrase “video game movie” has become a byword for poor-quality films that have clearly only been created in the hopes that Hollywood will be able to make a quick buck by exploiting loyal fans of the game.

The world of action movies based on video games is, quite sadly, a graveyard of wasted opportunities. These are the biggest action video game movies that should’ve been awesome but weren’t.

With an almost impressively-bad 16% rating on Rotten Tomatoes, this big-budget shoot-em-up starring Mark Wahlberg and Mila Kunis was an excruciating experience for fans of the critically-acclaimed video game series. The original game franchise, produced by both Remedy Entertainment and Rockstar Games, was a gripping, bullet-riddled, and horrendously bleak story of revenge and redemption in New York City.

The much-hyped film version managed to get pretty much everything wrong, going for a bizarre neo-noir approach and deciding to adapt the game’s famous “bullet time” feature by shooting every fight scene in painfully long slow-motion. None of the themes of the original game series are even touched on in the film, with the result being a bland, featureless, vapid attempt to lure in fans.

The world’s favorite bald-headed assassin made his first big-screen debut in 2007, followed, somewhat bizarrely, by another one in 2015. It’s genuinely difficult to tell which one is worse and which one most poorly interpreted the source material of the original game series.

Hitman is one of the biggest game franchises in history, with the original Square Enix console titles (of which there are more than a dozen) receiving critical acclaim for their rich and detailed settings, use of real-world issues, and beautifully-crafted combat scenes. Even spin-off game titles, such as the Hitman title hosted among the popular Betway online slots managed to do a good job of staying loyal to the source material. It’s just Hollywood that can’t seem to do it.

Critics called the 2015 reboot “senseless”, “pointless”, “incoherent”, and “wrong”, but that hasn’t discouraged La La Land from producing a TV Series for Hulu based on the game, which is slated for release later this year.

The wildly-successful Assassin’s Creed game franchise was almost inevitably going to be turned into a film at some point. With the most successful titles of the series being promptly followed-up with a book series, comic book franchise, and even a board game produced by Ubisoft, it’s actually surprising that Hollywood didn’t try to cash in sooner.

This one probably looked the most promising from the outset. With an absolutely stellar cast featuring action movie veterans like Michael Fassbender, Jeremy Irons, and Marion Cotillard, hopes were sky-high for this one.

However, the film simply didn’t deliver. Rather than focusing on what made the game so great – the vast historical worlds in which the assassin operates, the majority of the action takes place squarely in the present day. This, combined with the fact that most of the film consists of overdrawn parkour scenes, makes the Assassin’s Creed movie just another missed opportunity to create something great.

So, will we have a decent video game action movie any time soon? We’ll be paying close attention but our hopes aren’t exactly high.