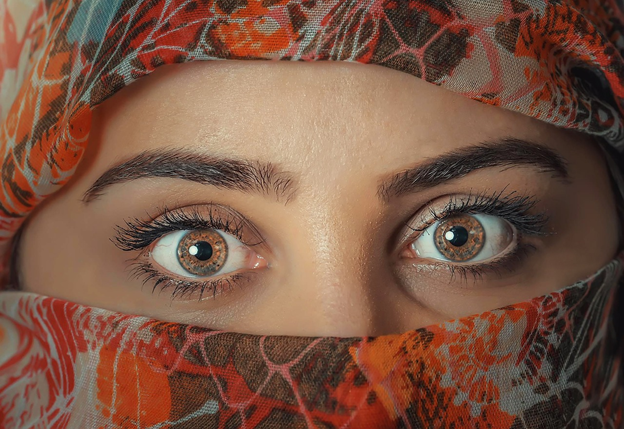 Hollywood has curved a dubious reputation for stereotyping people from different parts of the world. The caricatures created from such stereotypes have shaped the world’s view of people of different descent.

According to research by the MENA (Middle Eastern North African) Arts Advocacy Coalition, 92% of shows on American TV feature Middle Eastern and African characters. Among these, an astonishing 78% appeared as tyrants, terrorists, or soldiers.

Such denigrating depictions don’t stop with men, as women have also been portrayed as an object for male titillation. Belly-dancing women would serve as an apt distraction from the storyline.

Today, however, we live in an age where bias and racism are part of social awareness. Campaigns to tackle the effects of such stereotypes have rocked the western world in every sphere of life.

In this piece, we are fostering the campaign against such stereotypes. We celebrate movies and TV shows that go against the grain to give true depictions of Arab Americans and Arabs.

Adapted from the emotive graphic novel by Marjane Satrapi, Persepolis follows the story of Satrapi, who grew up in the thick of the Iranian Revolution.

Using the stylistic designs of a graphic novel, the movie gives a poignant take on the victims of the Iranian-Iraqi war. The beautifully woven storyline shows the war from different vantage points, often focusing on the victims.

Satrapi is the quintessential heroine, complete with a rugged look to match her radical ideas. Films like Jackie Chan’s 1997 release, Mr. Nice Guy, have taken the Asian movie industry mainstream. Satrapi intends to do the same for the Middle Eastern hero. The movie gives a thought-provoking history lesson on Iran. A dauntless yet compassionate heroin also teaches a thing or two about being true to oneself.

Caramel could be thought of as an iteration of Sex and The City. It follows the lives of five women linked by their religious patronage of the same Beirut salon.

Each of them is grappling with their own problems. As the camera pans from one woman to another, we are let in on their struggles. A fast life, parties, and the roulette tables in Beirut’s thriving nightlife are punctured with moments of sadness.

Lucky nights come with hundred-thousand-dollar wins at the casino, which is only possible in Lebanon and Egypt within the Middle East. In the Gulf States like the UAE, casinos are prohibited, therefore the cast of caramel would not be able to play their favorite game, roulette.

Nonetheless, players in the UAE are able to join in on the action with a VPN. To help, comparison sites scour the net for the best online casinos in the UAE and offer advice on how to play legally. On the platform, players can also read unbiased reviews and learn how to gamble safely in the Emirates. They can also get the latest welcome bonuses and pick a casino based on the services it offers from a list.

Caramel is an eye-opening take on the everyday lives of women in Beirut. In showcasing what life is like in this part of the world, the show debunks many myths held about women in the Middle East.

Breaking Fast is a captivating rom-com that adds a twist to the genre. The two leads fall in love during the holidays, aside from the fact that this romance blossoms during Ramadan. You may be used to TV and film stereotypes of Arabs and Middle Easterners as terrorists or barbaric, but this time, the movie explores a more delicate subject matter.

The main twist comes when the two lover birds are revealed to be gay couples. Mo (Haaz Sleiman) is a devout Muslim who is reeling through a heartbreak. As he recovers from the heartbreak, he encounters Kal (Michael Cassidy), who offers breakfast with him.

As we are taken through this young, bubbly love, we are also shown a side of Islam we seldom get to see. The struggles gay Muslims go through for their sexual stance are interwoven into the story.

The first Netflix Original to come out of Saudi Arabia, Whispers is a feather in the cap of Middle Eastern film. It tells the story of a family recovering from the death of their father. In the absence of the father, dark family secrets begin to surface.

The show dedicates episodes to different family members, showing how each handles their father’s passing.