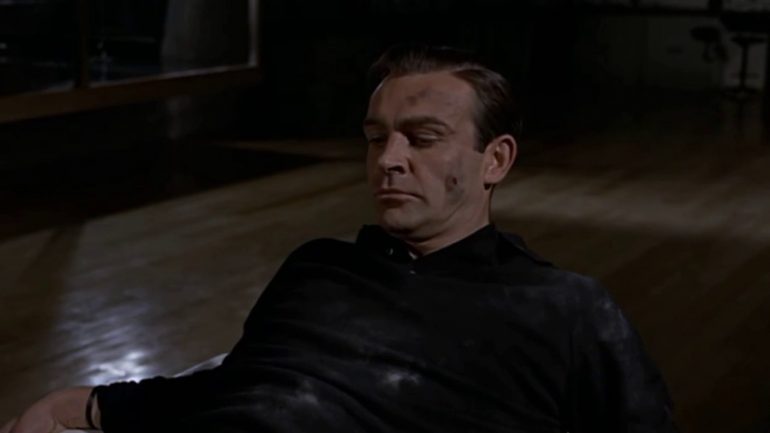 The Six Greatest Scenes in the History of James Bond Films

There’s a reason James Bond is the world’s favourite British spy; with 26 films made since 1962, MI6’s greatest agent has one of the longest continually-running series in history.

And then, of course, there are the famous faces that have played the James Bond character. There have been five different actors since Sean Connery’s first portrayal of James Bond in 1962’s Dr. No; he reprised the role several times in the years that followed. Bond has also been played by the likes of Roger Moore, Pierce Brosnan, George Lazenby, Timothy Dalton and most recently, Daniel Craig.

While some of the most popular films have included 2012’s Skyfall, 1989’s Live and Let Die and 1967’s You Only Live Twice, there are so many fantastic scenes across the franchise. Here are six of the best of them.

Diamonds Are Forever — The Elevator Fight

There’s nothing like a close contact fight scene; and the 1971 James Bond classic Diamonds Are Forever – the seventh in the series – contains just that. The scene stars Sean Connery as James Bond, and jewel smuggler and killer Peter Franks, played by English actor and stuntman Joe Robinson.

Expect a lot of shattered glass in this scene as the tussle gets heated. There’s a dramatic ending involving a fire extinguisher and a fall over the bannister; and of course, it’s James Bond that walks casually off the elevator after a dramatic two-minute brawl.

Of course, one of the most famous casino scenes in all James Bond film history happens in 2006’s blockbuster hit, Casino Royale. This time, Bond is playing Texas Hold’em against terrorist financier and the film’s villain, Le Chiffre.

The intensity grows as Bond loses several of the initial games. Things change when he figures out Le Chiffre’s tell — a twitch of his hand towards the scar on his eyebrow. Le Chiffre soon realises Bond has worked it out and begins to use this knowledge against him. It’s a stone-faced stand-off between two powerful players, which results in Bond going all-in and coming out on top – making it one of the very best scenes in the James Bond film franchise.

He’s got style, class — and a whole lot of gadgets. From X-Ray glasses to detonating toothpaste and cigarette darts, both Bond and his nemesis have always managed to pull out an array of cool tech and gadgets at just the right moment.

In the 1962 classic Thunderball, that moment happens at the beginning of the film. Bond is in the attendance of Colonel Jacques Bouvar’s funeral; at least, he wants everyone to believe it’s his funeral. Bouvar is actually in attendance too, disguised as his own widow. Bond, of course, figures it all out from the start; he chases Bouvar to his chateau and fights and kills him — then fleeing the scene via a jetpack.

It’s a great way to kick off Thunderball and a particularly notable scene in the history of James Bond films (and gadgets!).

Everyone loves a good old-fashioned car chase. But the 1973 film Live and Let Die takes the infamous trope a step further, with Roger Moore as James Bond trying to escape drug baron Kanaga as well as the police force on a double decker bus. It’s a wobbly, and tense, affair; but Bond, as he always does, keeps his cool and manages to pull off a chase worthy of an Aston Martin.

One of the best moments of the scene occurs as he approaches a low bridge while being closely tailed by his followers. Does he stop and hand in the towel? Not Bond! He drives straight on through, leaving the upper deck of the bus on the road behind him.

The Bond film franchise has become known just as much for its villains as it has for 007. From Mads Mikkelson’s Le Chiffre in Casino Royale, to Ernest Stavro Blofeld played by the likes of Anthony Dawson, Telly Savalas and more, villains – and their attempts to defeat Bond – have been integral figures throughout the history of the film series.

One of the best Bond vs villain scenes happens in the 1964 film Goldfinger, against a Bond’s nemesis by the same name. It’s a tense moment; Auric Goldfinger has the hero strapped to a table, with a laser creeping towards his body from his feet.

It’s here one of the great comebacks from a Bond villain occurs; Goldfinger asks the protagonist if he has any last words, to which Bond says “Do you expect me to talk?”. Goldfinger’s retort, “no, Mr. Bond. I expect you to die” is an iconic line in the series, and makes this dramatic scene one of the best in the franchise’s history.

Casinos, and gambling in general, have always played a big part in James Bond films. From baccarat to poker and cards, the glamour of a casino atmosphere is very suited to 007 — and it has been from the very start. In fact the very first Bond film, Mr. No, begins in a casino at the baccarat table.

It’s here one of the most memorable lines from films is uttered by the lead character, who flips open his cigarette case to offer one to Sylvia Trench and says: “my name is Bond, James Bond.”